On any given day, the students at Edgewood Children’s Ranch might be plucking strawberries from the vines and eating them, or even nibbling edible flowers they’ve grown themselves.

After dark, well-heeled diners might be privy to dainty blooms from the same harvest, or supping on the farm’s summer squash as part of their rack-of-lamb dinner.

This bounty is part of a small yet vital project involving at-risk children; college students; and Jack’s Place, the signature restaurant of Orlando’s Rosen Plaza Hotel.

Essentially, the farm is a petite CSA (community supported agriculture) plot on the campus of Edgewood Children’s Ranch, a residential, educational, and religious facility in Orlando for 70 boys and girls ages 7 to 17.

In 2013, a longtime farmer named Chuck Trolley began converting a half-acre dormant orange grove on Edgewood’s 110-acre property into an experimental farm. He brings horticultural students from nearby Valencia College out for hands-on training with the tower-grown and ground-row-crop plants, using drip irrigation; plus the few hydroponic ones.

Once a week, each class of Edgewood children visits for 30 to 45 minutes.

“We want to make this fun and encouraging,” explains Stuart Eldridge, executive director. “We plot off a little section for each class to grow something. They watch it grow, pull the weeds around it, get an education on the process of how things grow, and get a taste of the fruits and vegetables.”

In season, the farm sells about a dozen harvest baskets to CSA members. Excess goes to both the Edgewood dining hall kitchen and to Jack’s Place, which buys a bit and works the vegetables into side dishes for plated entrées.

Those offerings are noted, on the printed menu, as featuring the ranch’s vegetables. Every time one sells, the restaurant donates $5 to the ranch. The proceeds go right back to the ranch to support the farm.

Rona Gindin is an Orlando-based freelance writer specializing in restaurants and travel. From her perch 12 miles north of Disney World, she covers food, attractions, and adventures for Zagat, Fodor’s, epicurious.com, and other national and local magazines and websites. Learn more at www.ronagindin.com. 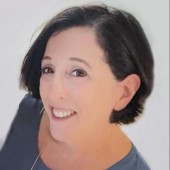 Keith Popejoy Cools you Down with a Reyka Vodka Cocktail

10 Vegan Jackfruit Recipes that will Blow your Mind