It’s time to return to our local Tastemaker column and this month we’re taking you to Commonwealth Miami to visit Executive Chef Daniel Roy. This rising star chef – who’s worked with some of the top names in the industry including Jeremy Ford, Jeans-George Vongerichten, Dean Max – recently teamed up with Miami nightlife veterans Angel Sanchez and Paul Brown and together they’ve opened up Commonwealth Miami, a hip hangout for the locals. Not only does the restaurant feature an exquisite menu highlighting ingredients from the local farms, it also boasts over 100 whiskeys, scotches and bourbons for your drinking pleasure.

Tell us about your first kitchen experience

I was born in Las Vegas, but I grew up in Tallahassee. We grew up with a boat and we used to go to St. Mark’s. Where we launched the boat, there was a restaurant close by and my dad got friendly with the owners & that was the first restaurant I ever worked at. I was 15. I’ve always cooked and been in restaurants.

What is your drink of choice?

An Old-Fashioned, the different varieties. I wasn’t into the craft cocktail scene until I started working at Matador Room and became friends with the guys at Broken Shaker.

What about your secret talents, do you have anything that you’re hiding from us?

Only in the shower, dance only if I have enough drinks. I love to fish, outdoors stuff. I guess my special talent would be cooking. I have a degree in computers. After I got the degree I was like, I don’t really want to do this.  This [cooking] is what i want to do. Under Jeremy [Ford] and Jean-Georges [Vongerichten], that’s all there was –  6 days, 12 hour days. Cook cook. Learn more. For a hobby, I love deep sea fishing. I definitely love that.

Do you have any advice for those looking to become a chef or pursue a culinary degree?

I’d definitely say that if you’re just getting in, I would probably not recommend school, to be honest. I did one semester there and for the money and what you learn, on-the-job training is a lot better. You don’t owe any money & the things you learn on the job .. At the time, I was the the assistant kitchen manager. I was there and kids were asking me for help. A couple of months later, I was with Jeremy. What you learn is on the job. What you put in, you get out. I came in on my own time and was like Chef show me this, please.  I think that you have to have that mentality to stand out.

As we move into season, what are you most excited about?

Since this is our first season, making it through season – but all the stuff that goes on like the events, this is event season, off-side stuff is really fun. I love fall produce and spring, anything from beets & radishes to favas, ramps. For that part, I’m inspired and that’s definitely exciting.

Here, there is so much lined up —  I’ll be taking over the Panthers soon in Fort Lauderdale as a guest chef; just did an event with Nikki Beach for Flipany; just spoke about doing a BBQ with Chef Jimmy from 27 soon; a lot of stuff coming.

Jeremy and I are still close and I’m helping him with some side projects.

Tell us about some of the local farms that you work with.

Swank Farm. I’ve had the longest relationship with them and know them on a personal level. Also, deal with Paradise and Premier (farm), Working to sit down with Harpke family farms – they’ve got really good product and I know the owner of Mr. Green’s  He is bringing over some product next week – My rep used to work with me as a cook.

When did you start working with local farms and why do you think it’s important?

I started when I started working with Jeremy in fine dining.  We were lucky enough to go on farm trips and go to the farms and planted tomatoes & tied-up vines. Having that experience definitely solidified understanding, on a personal level, the farmers .

They need us to buy their products in order to survive. That’s their living like our living is cooking. It’s a deeper appreciation.

I remember the first time I had hydroponic arugula compared to in-the-bag from the store. I was like Wow! This is how it’s supposed to taste. So the more and more I had experienced with well-grown produce. It’s a must. It’s highlighted and in-season. That’s something I‘ve been trained to do. It [produce] has to be in season. It tastes the best.

It’s great seeing the community of chefs coming together. How how can that togetherness help strengthen the community?

I think something that’s important is enlightening consumers on the product. Something that I’ve realized, being in the restaurant and then going to the grocery store, is the horrible product that they [the grocery stores] sell. It’s commodity. Tomatoes are not meant to be grown all season. We’ve created this environment where we think that we should be able to get them, whenever we want. When people are like I don’t like tomatoes. It’s because they taste like water. There’s waste that goes into creating what we view as a perfect product and fulfilling the idea that it has to be available year round. There’s a lack of knowledge.

Servers are like I don’t eat this and I don’t eat that, then, they’re like this [fresh produce] is amazing. It’s not because I did anything to it. It’s a properly grown product and it’s just in season. They’re not stupid, they just don’t know better. Knowledge and education is important.

Back to Commonwealth Miami — why should we love the restaurant, and what are you doing there that’s truly unique to the restaurant and to you as a chef?

I think that the fact that we try to create a local environment that’s affordable, and you feel like you’re getting value. Because we’re so small, because I can walk from the kitchen to the furthest table in a matter of a minute, that hands-on service is what you get. The quality of drinks and food is something that’s not very prominent on this part of the beach and it sets us a part.

Everything I do is fresh and in-house and I don’t think you see that a lot around here. Yeah, we’re doing burgers, and the meat is of the highest quality and the components are of the highest quality. The bacon I use is $7.50/lb It’s Benton’s Bacon triple smoked. I haven’t found anything even equivalent. I think it’s bringing those fine dining ingredients to a more approachable crowd. I use Miami Smokers, as well. I’m very good friends with them.

I don’t have crazy words on the menu that you don’t understand. It’s one page and it’s got approachability and I think that’s what sets us apart.

Is there a little guy that you want to tell the world about?

The guy that makes my ice cream, Sweet Melody Ice Cream does an amazing job — and he does it out of his house.  The quality of the product is amazing. For me that’s first & foremost, but his story – it’s him & his daughter. His daughter is I think 7 or 8. He does everything, everything, everything. He does his events, he sets up, he breaks down, I know what it takes. For my team, I need them, but for him, he does it all by himself. He doesn’t use stabilizers or cut corners. His product is just amazing.

Is there anything on your agenda that we should know about?

We’re working on a concept next door for the same group. Stay tuned for details. 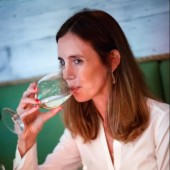 A simple and healthy recipe for Chocolate Avocado Mousse

Florida Fairs and Festivals in June