In a year, the brewery will produce 4,000 to 5,000 31-gallon barrels of beer. The “spent grain,” the used hops and barley, are transported to a local farm in Homestead for feeding.

“To try to dispose of this much spent grain would be a nightmare,” Chris McGrath, lead brewer, said. “It’s a symbiotic relationship. We want to use a lot of local ingredients, and look to our environment for inspiration.”

McGrath responsible for the daily production and for creating new recipes, including experimenting with fruits like passion fruit.

“We have a huge tour program, because when you break it down it’s science, it’s biology, it’s chemistry,” he said.

Also on the menu for the brewery: guest taps from other Miami breweries, and live entertainment, educational tours and related programming.

“The local community has been supportive of us, so we want to return the favor,” he said. “Community is one of the foundations of craft beer.”

The brewery and social hall, at 325 Northwest 24th Street in Miami, is open Thursday through Sunday. Free public tours are available at 6 p.m. on Thursdays and Fridays, and at 1 p.m., 2 p.m., 3 p.m. and 4 p.m. on Saturdays and Sundays. The social hall is open from 5 p.m. to 10 p.m. Thursdays and Fridays; from noon to midnight on Saturdays; and from noon to 10 p.m. Sundays 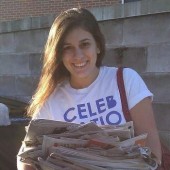 How to Freeze Mangoes So You Can Enjoy Them Year-Round

Utensils are important ‘ingredients’ in a kitchen